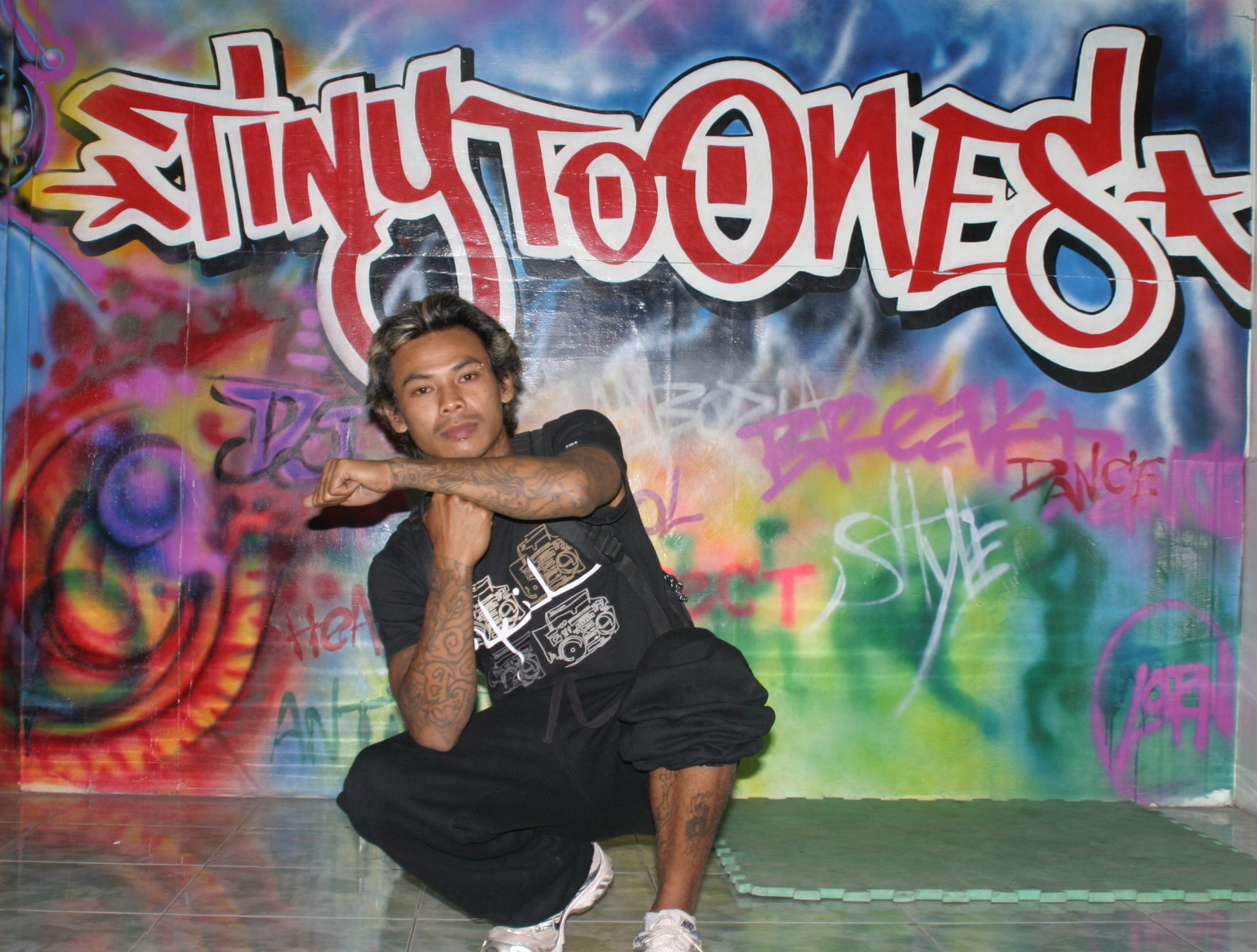 In 2005 Tuy Sobil (aka “KK”) opened up his modest home to a handful of kids he had seen working or living on the streets of Phnom Penh, Cambodia. KK had only just arrived in Cambodia himself. Born in the Thai refugee camps, he grew up in the projects of Los Angeles, fell into gang membership and was eventually deported to a country he had never previously visited. What happened next is what makes his story special.

Word spread that KK had been a break-dancer. All of a sudden the very kids he saw living on the streets were knocking at his door asking him to teach them. KK saw these kids getting involved in anti-social behaviour and drugs, he saw that without guidance they were in danger of repeating the mistakes of his youth. He decided to take on the challenge and reluctantly agreed to start teaching them break-dancing.

Cramped sessions in his living room attracted ever greater numbers and KK combined dance lessons with encouragement, support and guidance. More than anything, he believed in them and showed them the care and concern that was otherwise absent in their lives.

Over ten years later, some of those kids have performed internationally – from Australia to Italy – and are now teachers at KK’s ‘Tiny Toones’ centre. Over 100 children from the slums come every day to dance, to make music, to learn English, Khmer (the Cambodian language) and computing, and to enjoy the freedom to be children. It is down to KK’s vision and commitment that this safe environment exists, where children can enjoy learning, explore their creativity and develop a positive sense of identity and community.