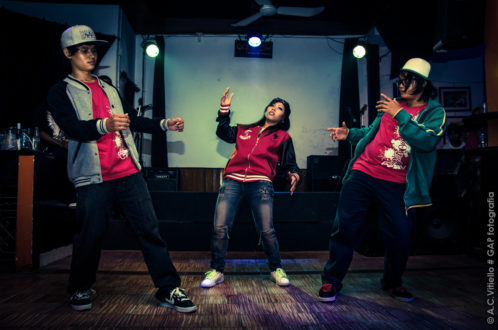 Tiny Toones are about to embark on their first European tour taking in an international battle in Denmark, a meeting with the Cambodian community in Norway and an international festival in the Netherlands. Three Tiny Toones dancers will compete in Europe’s ‘Floorwars,’  a 3 vs 3 breakdance / bboying battle in Denmark against crews from all over the world. Tiny Toones has been invited by the event coordinators Breakpoint.

From there our dancers will go on to meet the Norwegian-Cambodian Friendship Society in Kristiansand before heading to the Netherlands where they will be joined by five more ‘Tiny Toones’ and take part in the International Community Arts Festival.

Tiny Toones has been invited to run a workshop and put on a dramatic performance. We’re honoured to be invited to such a prestigious event and our special thanks go to the Prince Claus fund for helping us get there.

We’re celebrating by throwing a major going away party at Code Red in Phnom Penh on 7 March. We’ll be premiering the 30 minute dance show that is already one of the most anticipated shows at the ICAF. We’re also lining up a bunch of special guests and we hope as many people as possible come down to party in style and support some of Cambodia’s vulnerable young people at the same time.